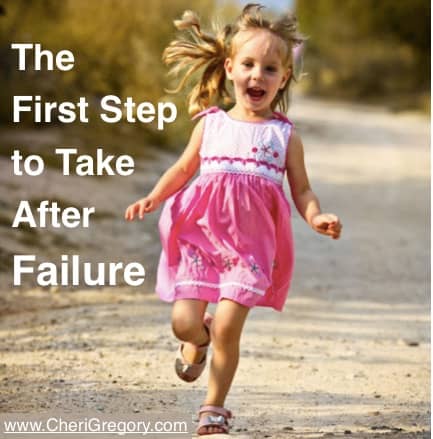 Tuesday was supposed to be the second half of the topic I started Monday morning: I promised you “brain-based & heart-level solutions” for making your brain a bully-free zone.

But then Monday afternoon happened.

And KEPT ON HAPPENING.

Your list probably has different specifics but similar emotions: disappointment, regret, discouragement, shame, guilt, fear, and their many cruel cronies.

This is absurd. I’ll just get up. Might as well do something productive.

But then I realized:

If I get up, I’ll be giving in to Performancism. I need rest.

(No matter how often I make the substitution, work is still not the same thing as rest.)

I felt overwhelmed from being hit with so many BIG feelings and runaway thoughts and sudden events and old issues all at once.

I know I need to deal with all this, but where do I even start?

And then, the answer hit me – from the message I’d delivered just two days prior:

Do what Peter did.

I’ve been re-reading John 21 over and over again for a year, now.

It still takes my breath away every single time.

It’s a story about Peter, who was an expert at TRYING HARD.

Peter knows all about TRYING HARD!

And Peter also knows how badly all our TRYING HARD  ultimately fails us.

John 21 tells how Peter and his friends go out in his boat at night, trying to catch fish. It’s only been a matter of days since Peter denied Christ.

So his own words must still be echoing in his head and heart:

Yet when it mattered most, he failed the One he loved most.

Now Peter spends this entire night in the boat TRYING HARD to do the one thing he does best — he is a fisherman, for Pete’s sake! But he fails to catch even one fish.

Which means it’s been a Very Long Night. Long enough to review every mistake he’s made in the three years he’s spent with Christ.

Peter’s failures are fresh in his mind when John digs him with an elbow and says, “Look! It’s the Lord!”

Peter’s response blows me away.

Get to Jesus as fast as possible.

But there is something about Jesus that causes Peter — in the midst of fail-ing — to get to Jesus as fast as possible.

Peter’s become my new role model for what to do when I fail:

Get to Jesus as fast as possible!

(Here’s a 3-minute clip from Saturday… please forgive the less-than-stellar video quality; hopefully, you can still be blessed by the message!)

(Watch for Part 3 in which we’ll discuss (a) what this looks like in the everyday ordinaries of life, and (b) how getting to Jesus as fast as possible makes your brain a bully-free zone.)