You’ve heard the old expression, “To the man with a hammer, everything is a nail.”

For most of my life, it’s been “To the woman who overwhelms easily, everything is an anxiety trigger.” I’ve been a one-tool kinda gal. My standard reaction to most anything?

Whack it with anxiety. Whack-whack-whack. All the while, my mind fills with catastrophizing self-talk:

All this accusatory internal dialogue guarantees that the moment one wave of adrenaline begins to subside, another is triggered. 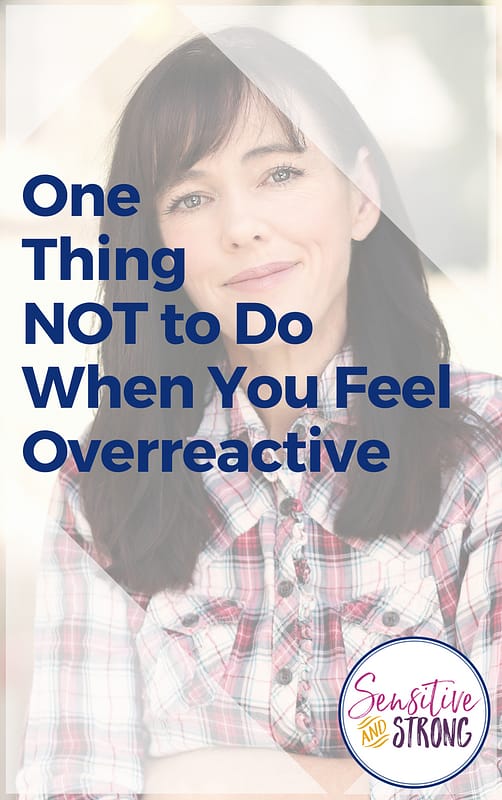 2013 turned out to be The Year My Old Tools Quit Working. Truth be told, it was The Year I Realized My Old Tools Never Worked in the First Place.

God allowed me to come face-to-face with the always embarrassing, and often downright ugly, realities of my overreactive nature.

I chafed in humiliation with each episode. And I’ve begged: If You’re going to be so very clear about exposing my problem, could You put a STAT order on a clear solution?

Then, at the end of May, I realized that I’d been relatively unfazed by an incident that normally would have triggered an internal melt-down.

It happened during the final minutes of the last class period of AP English Literature and Composition. I was about to heave an internal sigh of relief that the year had ended well when several students began peppering me with accusatory questions about several projects we’d started but never finished.

Then, I felt the initial surge of adrenaline and realized:

But this time, before I’d started whacking away with my anxiety hammer, a new line of thinking kicked in:

I recognized that I didn’t have to react to it right then and there.

And as my students left the class, high-fiving each other that they’d survived their very last AP class ever, I realized:

I’m okay. Not thrilled. But not devastated.

I’ll be blogging in detail about some of the “New Tools” God’s been giving me so that I will no longer be stuck in “Man With a Hammer” syndrome.

But I’m learning that all my New Tools require the same Step 1:

Do NOT reach for the hammer.

Which is not the same thing as

When we PUSH PAUSE, we short circuit the knee-jerk anxiety reaction.

When we PUSH PAUSE, we intentionally engage in healthy detachment*, giving us time to choose our tools.

One A.N.C.H.O.R. verse for when you need to PUSH PAUSE:

The Lord is my rock, my fortress, and my deliverer;
my God is my rock, in whom I take refuge,
my shield and the horn of my salvation, my stronghold.
Psalm 18:2

If you’re seeking solutions for being overreactive, check out the whole series:

(* The aim of healthy detachment is “correcting one’s own anxious grasping in order to free oneself for a committed relationship with God.” From a devotional entitled “Turning from Attachment to Desire” by John Eldredge, quoting Gerald May’s book Addiction and Grace.)