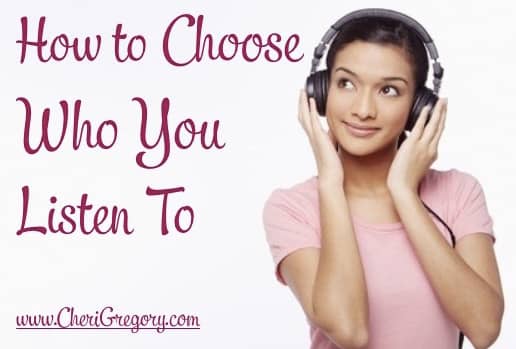 I used to be scared of criticism.

My only measure of success when I finished a class or project or meeting:

Cue end of the world.

To me, the only “good” criticism was no criticism.

Discovering the “Good” Kind of Criticism

When I took my first monologue class, I almost quit after the second session. My knee-jerk reaction to classmates’ critiques of my in-process script was utter devastation.

As I worked on clarifying the confusing parts, my script got so much better!

I started wondering: Maybe there’s such a thing as “good criticism” after all!

I’m finding that most criticism falls into one of two categories: (1) Injurious Criticism and (2) Informed Critique.

All my life, I’ve reacted to them backwards!

I’ve run from Informed Critique and clung to Injurious Criticism.

I ignored the voices of teachers, friends, and family who were genuinely trying to help me. And I endless replayed the hurtful words of those who cared only for themselves.

Choose Who You Listen To

My approach to criticism is changing. Before listening to negative feedback, I’ve been answering one big question

These questions separate Injurious Criticism from Informed Critique. Here’s what it sounds like in actual practice:

I choose to let it go.

A close friend or family member expresses some concerns.

I choose to listen, pray, and ponder their input.

Listen to What Is True

But I’m learning to limit the power I grant to other people’s voices.

The more I intentionally choose who to listen to, the more I realize there’s only One for whom I can answer an unreserved “Yes” to every question.

Thus, only One has full authority to speak into my life. If what others say measures up to Truth, I listen. If not, I don’t.

Sure, this is all easier in theory than in practice. But early results are encouraging. Well worth the effort.

If like me, you instinctively shrink from criticism, try asking two simple questions the next time someone offers you a critique:

Then choose who you listen to.

And listen to what is true.