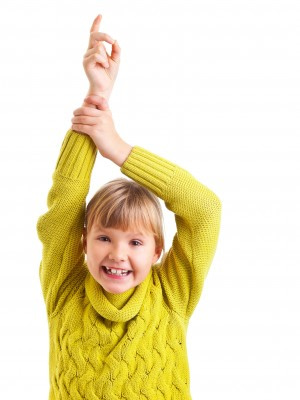 I received disappointing news this weekend: a door I thought God was opening slammed shut.

Which makes about a dozen since January. (Not that I’m counting, of course.)

As soon as I got the news, my mind reeled with questions

3 eMails to a Friend

I fired off an e-mail to a trusted friend, bemoaning everything I must be doing wrong and all the things I must not be doing right.

30 minutes later, I sent a second e-mail in which I recognized that “a whopping case of entitlement” had snuck up on me.

30 minutes after that, I sent a final e-mail, saying “I’ve been sensing that God wants me to learn to do the current task at hand well rather than keep rushing off to the next big thing. Perhaps fewer open doors mean more time to focus on the commitments I’ve already said ‘yes’ to. What a concept.”

I know many women would not have needed an entire hour to come to this conclusion. They would have said, “God knows best!” and immediately moved on.

I, however, am still delighted that it took me only an hour to move from disappointment to surrender to hope!

What used to take days, perhaps even weeks, only took an hour this time. And most of that hour was spent moving in the right direction rather than spiraling down.

This is progress, at least for me.

My Craving to be Chosen

Later, I pondered the intensity of my initial reaction. Why had I been I overwhelmed by such powerful disappointment? Why had feelings like grief and despair and hopelessness loomed so large?

Thinking with my logical adult brain, I know that I don’t want to be involved with an event that does not want me. I always pray for “clearly open and clear shut doors” for all sides. The last thing any of us want is a mismatch!

But my disappointment came from the little girl in my heart.

The sixth grade girl who spent the whole year listening to her so-called girlfriends planning their birthday parties and gushing about how much fun they were…but who never received an invitation.

The first grade girl who was always chosen last at recess…if she was chosen at all.

The little girl in my heart cries “Pick me! Pick me!” to anyone with a pulse.

She doesn’t care if we’re a good fit. She just craves being chosen.

John 15:16 reminds me (and the little girl in my heart) “You did not choose me, but I chose you and appointed you so that you might go and bear fruit–fruit that will last–and so that whatever you ask in my name the Father will give you.”

Less than ten minutes after hearing my disappointing news, I received an e-mail from a blog reader, listing specific ways my writing has blessed her.

Then I recalled a letter I’d recently gotten from the mother of a student, thanking me for ministering to her son this school year.

By the time the weekend was over, I’d received a dozen “little” affirmations of how God is working through me.

“You did not choose me, I chose you…” God says.

No closed door — or dozen closed doors, for that matter! — will change the fact that you and I are chosen.

And when we are chosen by the only One who matters, we don’t need to be chosen by people. (Click to Tweet this.)

Sure, it’s nice when it happens. But it’s not necessary.

Not when we know without a doubt:

I am already chosen!