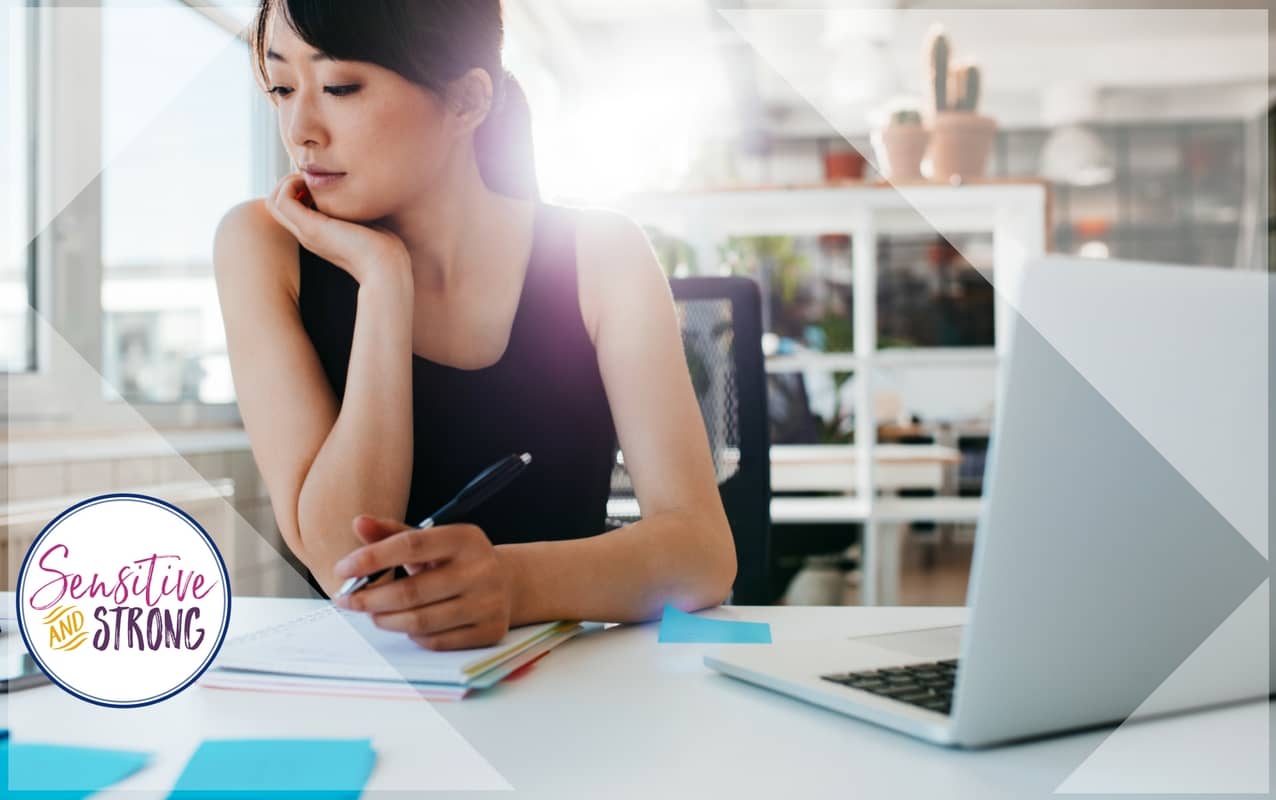 I’m not a procrastinator.

I’m a Choleric/Driver, and I have the lists to prove it!

I am constantly in production mode. Check. Check. CHECK!

You won’t catch me putting things off until later. I’m not a putter-offer. Nope, not me.

I just wait until I’m ready to do certain tasks.

And some tasks require me to wait for weeks. 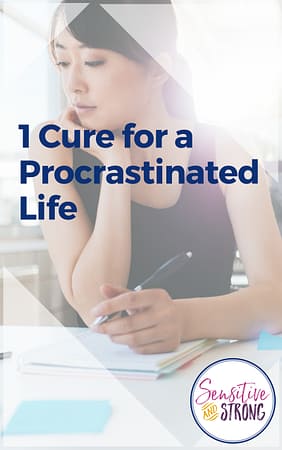 I can’t tell you how many projects I’ve started with great gusto, certain I’ll finish them in no time,” only to have them drag out ad infinitum.

The one that finally forced me to recognize that I am an unintentional procrastinator was my MA degree. I started it in 2005 and should have easily graduated in 2007. But I didn’t get my diploma until 2013.

For the longest time, I had a laundry list of reasons:

But in writing The Cure for the “Perfect” Life, I recognized the real reason I failed to make progress for so many years:

I didn’t know what to do next.

I feel foolish admitting this.

This sense of I don’t know what to do next paralyzes me.

It’s fear. But instead of fight or flight?

For weeks. Months. Even years.

The Problem With Putting Projects Aside

Here’s the thing: when I’m in the midst of a project, I do know my next steps. But then life happens, and I have to set it aside for a few days (or weeks or … you know the drill!)

By the time I go to pick it back up again, I’ve forgotten where I was in the process. So, I have to spend hours and hours getting back into the flow before I can make an iota of progress …

… and then life happens again …

… which means that the next time I have time, I’m going to have to spend hours and hours, again, figuring out where I was, only to make another miniscule iota of progress.

I just don’t have that kind of patience.

I want to do things once and move on. I can’t keep doing the same things over and over again; I have to see progress.

To keep myself from stalling out on any of them, I’m doing something startlingly simple.

When I’m done working on any particular project “for now” — and I’m not sure when I’ll be able to pull it out next?

I grab a Post-It Note and write out my next 3 detailed steps.

Then I tape it to the spine of the project binder. 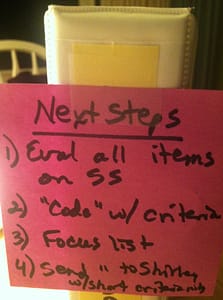 If I need more detail, I can always type up my thoughts/ideas/whatever, print them out, and tuck that sheet inside the binder.  AND tape a Post-It on the spine that says “1. Read notes in binder”

I’ve been doing this for several weeks now, and it’s working.

I know it’s not the cure for cancer.

But it is one cure for a procrastinated life.